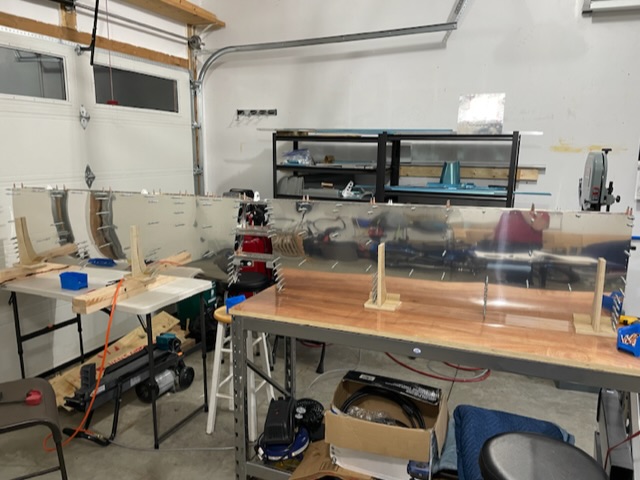 After a nice easy couple weeks of working on the vertical stabilizer, it was finally time to get back to work on the horizontal stabilizer. I was a bit nervous to start this task because I don’t have a very large table to work on. It’s only about 6’ long and the stabilizer is of course much longer.

My solution was to start anyway, with blind faith that I’d figure it out as I go along!

Once it came time to put the spar in, I had to get more creative. I found that some old 2x4s (from the vans crate) stacked on my little plastic table was the same height as my workbench. Disco! All I needed now was to space things out just right. I measured the distance between the tops of the inner two nose rib connections on the spar, then set the two pieces about that far apart. Then, with some careful jiggling around, the spar snapped into place!

The next job will be a crap-tonne of match drilling and then I’ll have to take this thing apart again for deburring and dimpling before building it again with rivets.