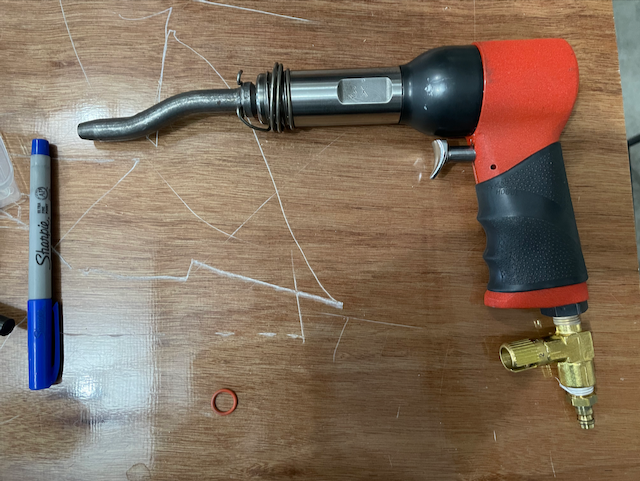 With only dozen or two rivets, this looked like an easy task, but the job had a couple challenges.

I started off with attaching to some of the in-spar nose ribs with blind rivets. This was going to be the easiest part, so I gleefully got to work.

Next was the “fun” part. The rest of the rivets were 4- rivets. Turns out they are much harder to buck than the 3- rivets. The ones on the ends I was able to squeeze, but the inside ones needed to be driven.

Where this was really challenging was in the middle of the stabilizer. Because of the angle, I had to use an offset rivet set. I found that it really took a lot of punch out of the rivet gun compared to using the strait set. I’m pretty sure I did something wrong.

The next day, I followed up on this problem by posting on the Vans builder group on FaceBook to solicit advise. I got a LOT of feedback. The responses boiled down to this: